Inhearten subscribtions will be available Oct. 1st for as low as $5.99/month.
A free subscription to the beta version of Inhearten is available right now! Please contact info@inhearten.com for more installation details.

We have been requested to provide a little background as the founders of Inhearten, a father and son team. Fairly stated, I (Dad) should not be alive. What we have endured fighting a very serious case of necrotizing fasciitis (flesh destroying bacteria, details below} has tied the two of us together like twin sons from different mothers.

My life begins as the son of a 101st Airborne basic trained solder of the Korean War where I frequently made choices below the bar that was set.  Fortunately, I spent six years of summer employment at my mother’s twin brothers ranch, he had been a drill Sargent in the Air Force and as a trainer of young men demonstrated a different approach developing my capabilities. After three years of less than serious University studies, and again fortunately, my dad and his brother agreed to send me from my native South Dakota to Rockford, IL.

My uncle was employed in the computer department of the Chrysler assembly plant in nearby Belvidere. Living with him as he shared his positive passion for the IBM mainframe automation of the 9,000-employee factory he worked with was an important transition for me.

I got my hands on a copy of Byte magazine, Dec. 1977 and after repeated consumption of the 200 pages of technical information about the infant personal computer, I developed a clear vision of my future. I pursued new studies learning the technology and for the first time in my life, I knew my purpose. The drive and passion experienced were almost beyond description as I became a part of that new emerging industry.

Over the next thirty years I was employed at “C” level positions in the technology business world. Serving companies in positions as Chief Design Engineer; CTO; CMO; COO; President; CEO and Co-Chairman of the Board. I experienced some significant highs and some devastating lows. Many 17-hour days invested but for the great majority of that time for me, it was a fairy tale life I was privileged to participate in every single day.

Then the anvil fell from a great height…blam! Pretty gruesome medical event called necrotizing fasciitis (Details at www.necrotim.com) I spent much of that year hospitalized. Starting with two weeks of lifesaving Intensive Care debridement surgeries, then Lear-jetted to a specialty hospital for wound care with months of special wound vac treatment and artificial skin changes every three days. Then to another location for skin grafts from one of the best surgeons in the nation. Additionally, two more admittances for related lymphedema and cellulitis infections (one of which also went septic) living under the care of infectious disease specialists. A total of five hospitals in one year.

All that time in the hospital mostly on my back and looking directly at the celling, asking our Heavenly Father to help me fight for life. I settled into two thought patterns. “Dakota needs his dad”, and “what am I doing with my life”.

I knew the Lord as a child and, wow, did we reconnect in those hospital beds. Most medical experts were shocked I survived. On four different occasions the surgeons told my family I most likely would not make it through the night. I shouldn’t be alive today, but God chose to intervene and saved my life.

Fast forward. After 4 years of rehab, the ongoing hospitalizations and devastating medical expenses proved a bit too much for keeping my family intact. Dakota (my oldest son) and I found ourselves alone on our small family farm.

It appeared my business days might be behind me, so I became a homeschool mom. Did I ever underestimate that decision! I now get where the declaration “a mother’s work is never done” might come from. I did okay with the teaching component (my mother was a lifetime k-12 teacher). However, the challenge of a properly run household and all the requirements necessary to make it into a functional loving home for everyone, as a single parent, is not easy.

I’m still a bit of a medical disaster and struggle daily with remaining lymphedema and a diminished immune system. Also endured 17 major cellulitis reinfections with five of those requiring several weeks of hospitalized care and 24/7- IVs of 2 and 3 antibiotics simultaneously. But regardless, every day is a gift and a blessing and among appreciating the bonus days of life, nothing touches the joy of living daily with my son.

Dakota and I examined the massive amount of homeschool curriculum, some good, some excellent and everything in between. Homeschoolers today are standing on the shoulders of generations of parents and teachers who created this library of quality learning programs. We also discovered a second goldmine of material, online college level, professor led courses from dozens of the world’s top universities.

Dakota’s first such course was a Python programming class from MIT University he took at the age of 12. Six years later he had amassed 24 certificates of completion from 17 major worldwide universities. We rounded these off with some non-tech courses including Chinese, Russian, and Latin languages.  He engaged with the Boy Scouts, achieved Eagle Scout status, and founded the nation’s only Boy Scout based robotics team competing nationally in the worldwide F.I.R.S.T. Robotics program of 30,000 high school students. His team won regional competitions and state honors in the FTC division.

He’s now completing dual majors at Dakota State University in cyber security and software engineering and plans to finish with a masters from SD School of Mines and Technology in robotics and automation.

The result of these experiences? A desire to create our product and company called Inhearten. A way to pay back all the amazing favor and miracles we have been given in our lives. Even in trial and pain we serve a good God who can turn what appears as devastating circumstances into blessings and joy. The ongoing encouragement and care we have received from friends and family, especially on certain days was paramount. Inhearten was created so many others can more easily participate in the same giving and receiving of love, care, and encouragement to one another.  It’s our belief that all this coming together in such a manner is far more than mere coincidence. We invite you to just give Inhearten a try and let us know what you think. 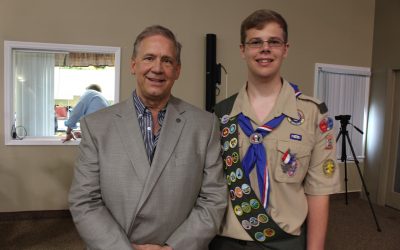